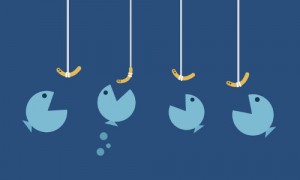 So many thoughts come to mind when thinking about social media strategy for business. Most companies feel the pressure to “be in it”, but they are not sure of why? Or -the who, what, when, and where for that matter.

We can answer all of those questions with one word …FISHING. Yes, fishing.

A fisherman makes many decisions before embarking on the fishing day. Who, if anyone will be fishing with him; what kind of bait will be used to catch the desired fish; when is the best time to fish; where is the best place to fish; and why fish? Well, the why is to catch fish…but it’s also for satisfaction, pride and validation that you are an expert in the activity.

These are the same questions to be asked when constructing your social media strategy for business—big or small.

Let’s work our way from the Why question first. We said fishing is for satisfaction, pride and validation of expertise. This is the same as your companies’ objectives—sales/conversions, brand awareness and expert/authority in your field.

Where does one choose to fish? Where they believe the fish are biting. If you’re fishing for salt water fish, don’t fish in fresh water– and vice –versa. If you are in the business of selling dog food, don’t fish in a cat pond. In other words, you’ll want to post, follow and engage with people that like dogs or dog related groups. Do not try to be everywhere or everything to everyone…not only will you get lost in the sea, but you are wasting your time when you can focus and optimize your energy on your most qualified prospects.

If you are a B2B company, posting and engaging are more optimal during business hours. If you are a lifestyle/consumer related business, your posts are more likely to be viewed after business hours. But, experiment with post times. Use the Insights tab to view results. Click on “Insights”:

And then click on “Posts” to see what time you’re posts get the best results. 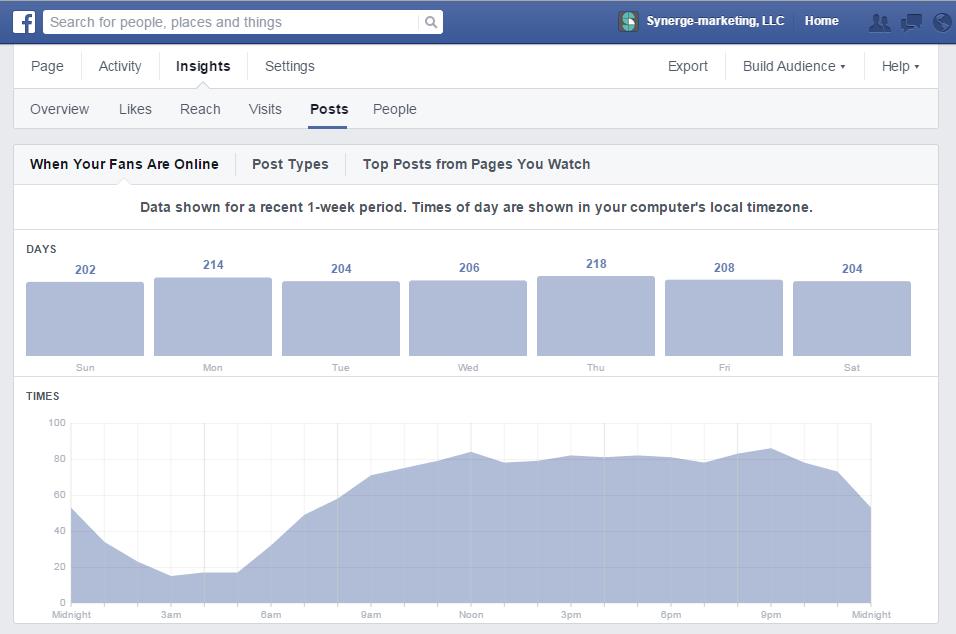 The Finer the Bait, the Shorter the Wait!-Frank Gorshin

What bait will you use to get to your potential customers? One of the best social media baits is hashtags. Place a hashtag in front of industry topics and customer types or geo-targets.  The fish will bite. Specifically, type in #__________ in the Search bar and you will see groups and people that you want to be near. If your potential customers are local, ex. Fairfield, CT, you could type in #fairfield or #fairfieldcounty or #fairfieldcountyct; if you’re in a selling a particular product, ex. Dog food, you could type in #dogs, #dogfood,  #dogowner.

Who are your target customers? Choose your platform(s) wisely based on their profile. Keep in mind the size/type of the water that you are fishing in…While Facebook and Twitter are popular for most businesses, find the platform that best suits your target market, Men vs. Women, Age Groups, Industry Segment. Research the nature and stats of each platform.

For example, Pinterest may be great for a restaurant/food industry (displaying beautiful meals/food)…it’s not so much the same for an insect extermination business…

Here are some stats to consider:

Fishing involves research, time, patience, knowledge and good bait. So does the development of your businesses social media strategy. Take the time to analyze these aspects and you should be able to reel the fish in—and hopefully, they won’t get away!For help in constructing your social media campaigns or other social media related services, feel free to contact: synergemarketing.com. Or call, 203-220-9333.

Want to learn more? Download the complimentary e-Book, “5 Mistakes that Can Kill Your Inbound Marketing Strategy” and learn the critical mistakes to avoid to ensure long-term success and a positive inbound marketing ROI.